ARC Review: Getting It Right by A.M. Arthur 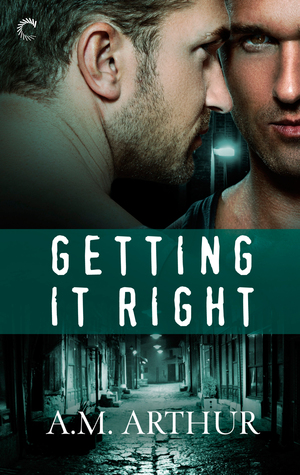 5/5
This is Tag's story. Tag is in the Belonging series and now he got his own book :D

Dr. James Taggert is having a bad night, after hearing the man who led to his sister's death has been released from prison he decides getting drunk is a great idea and when he almost does something really really bad he turns to his best friend Nathan who takes him home and comforts him. The night ends with a kiss that James forgets in the morning but that Nathan can't get out of his head.

Detective Nathan Wolf has felt something for his best friend since college but has always buried it deep and locked it tight but a single kiss frees those feelings he fears. When he confesses his feelings to James, James rejects him, not because he doesn't want him but because he never though that
Nathan, the reason he's never connected with anyone on more than a physical level, could ever want anything other than friendship with him so he pushes him away, something he couldn't regret more.

I really liked this book it had so much going on that I was never bored. Both men have their demons to slay; James is a psychiatrist with the wrong ways of handling his stress and James after getting hurt suffers from nightmares and flashbacks that endanger those around him. Both men are so messed up and at the same time trying to figure out this new relationship between them.

Sure there were a lot of untied strings left but since this is the first book in the series I'm guessing things will get solved in the next book.