ARC Review: Where There's A Will by Cari Z. 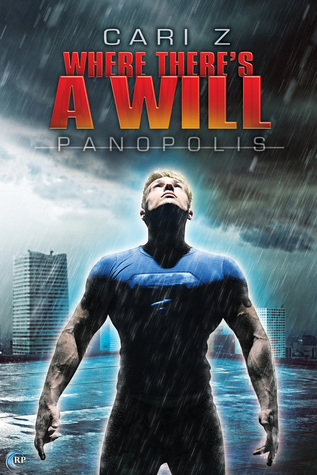 Thanks to the publisher for the ARC <3

This is a series I've really enjoyed reading not only because it's an MM read which is a must but as everyone knows, I'm a huge superhero fan Marvel, DC, whatever. Now where the last two books focused on the villains Mad Bombardier and MasterMind this book is all about their unlikely superhero buddy, Freight Train or Craig as he actually prefers to go by.

Being a superhero isn't all it's cracked up to be. Craig didn't really set out to be a superhero but fate just kinda happened. If being widely admired means never getting to touch someone than Craig would have been better off helping his city by being a regular police man.

Then he meets Dr. Mansourian the new scientist who's helping him understand his powers. Craig is instantly attracted to him too bad he can't touch him.

When things go belly up in the hero world, more specifically his "friend" Mr. Fantastic, it's Craig who's in hot water and will need his allies on both sides to be the heroes of this hero.

Ahhh I love hero books! wish there were more MM ones out there but they're far and few between :(